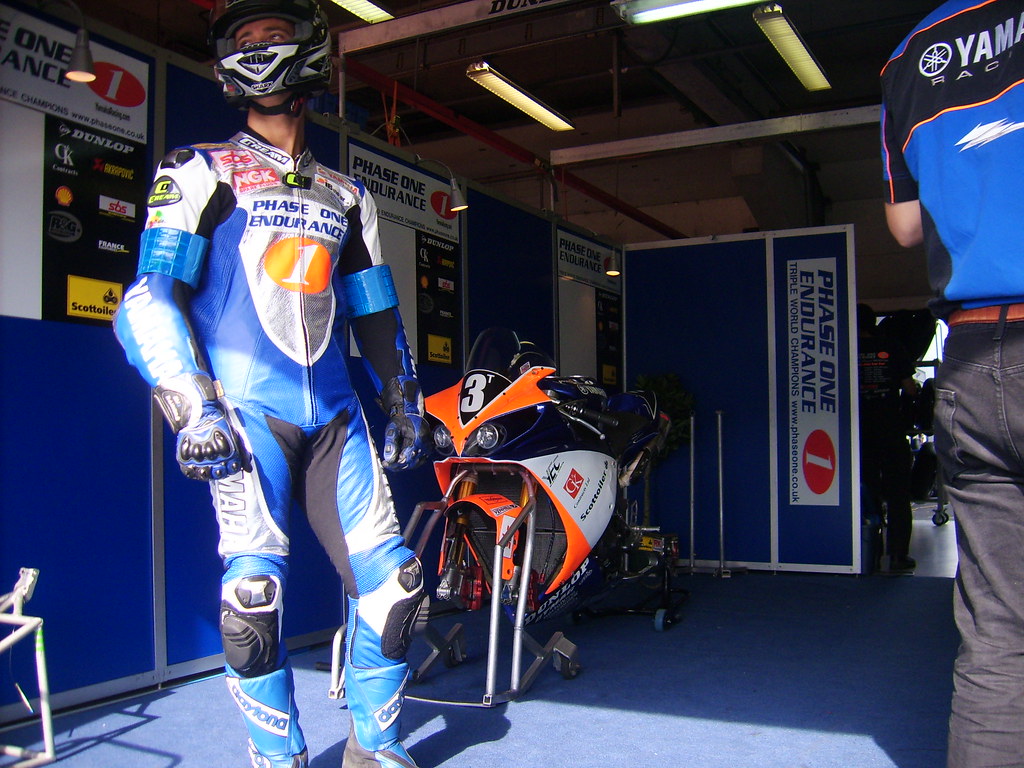 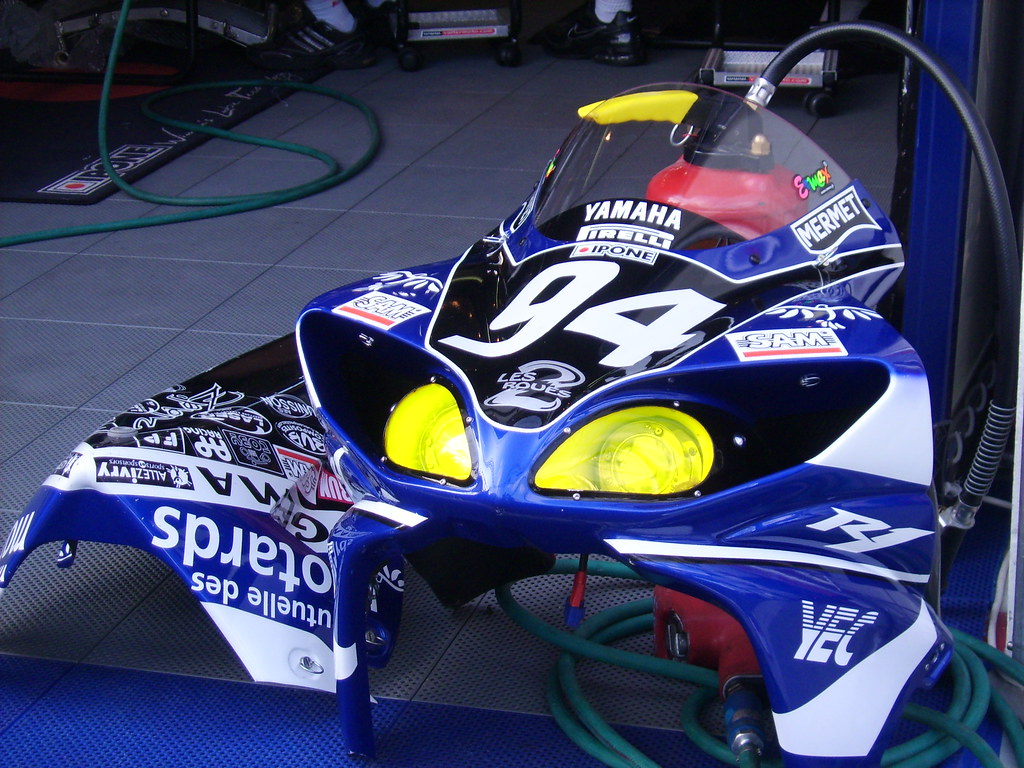 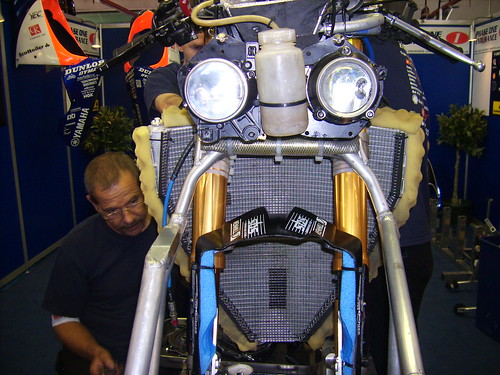 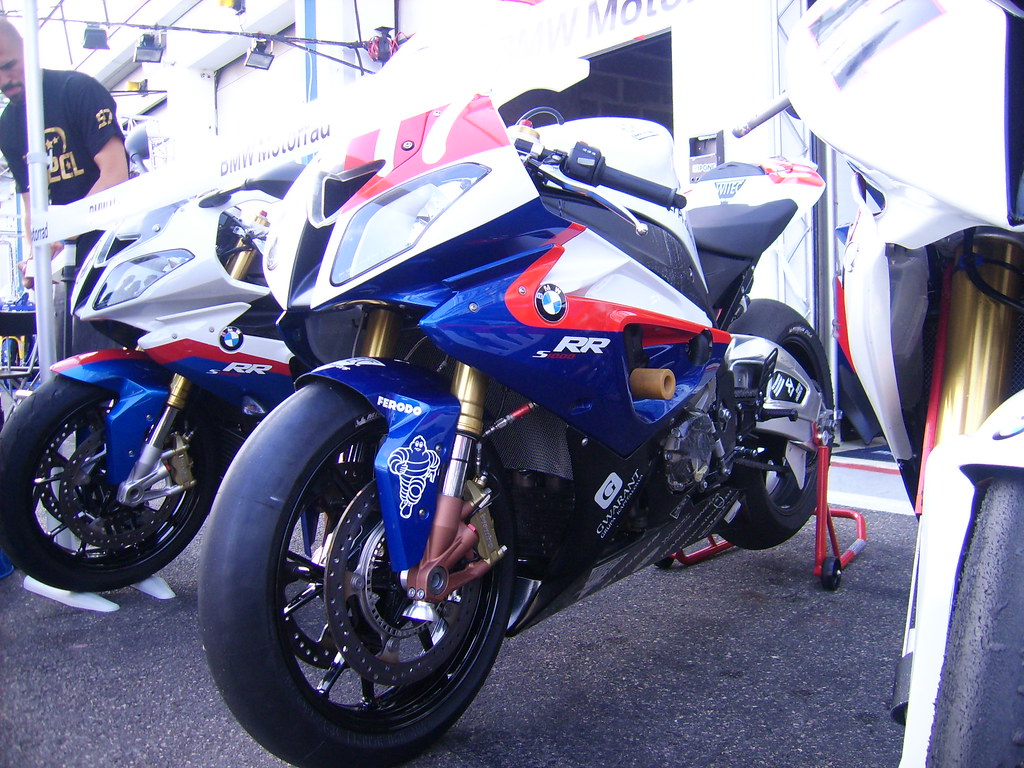 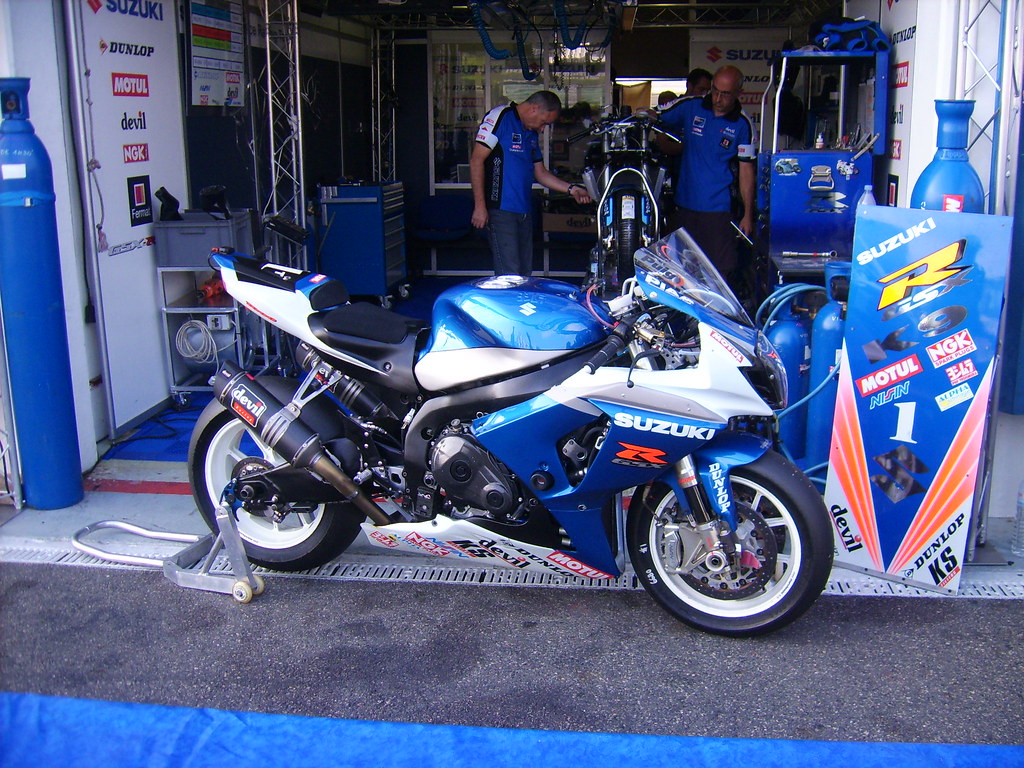 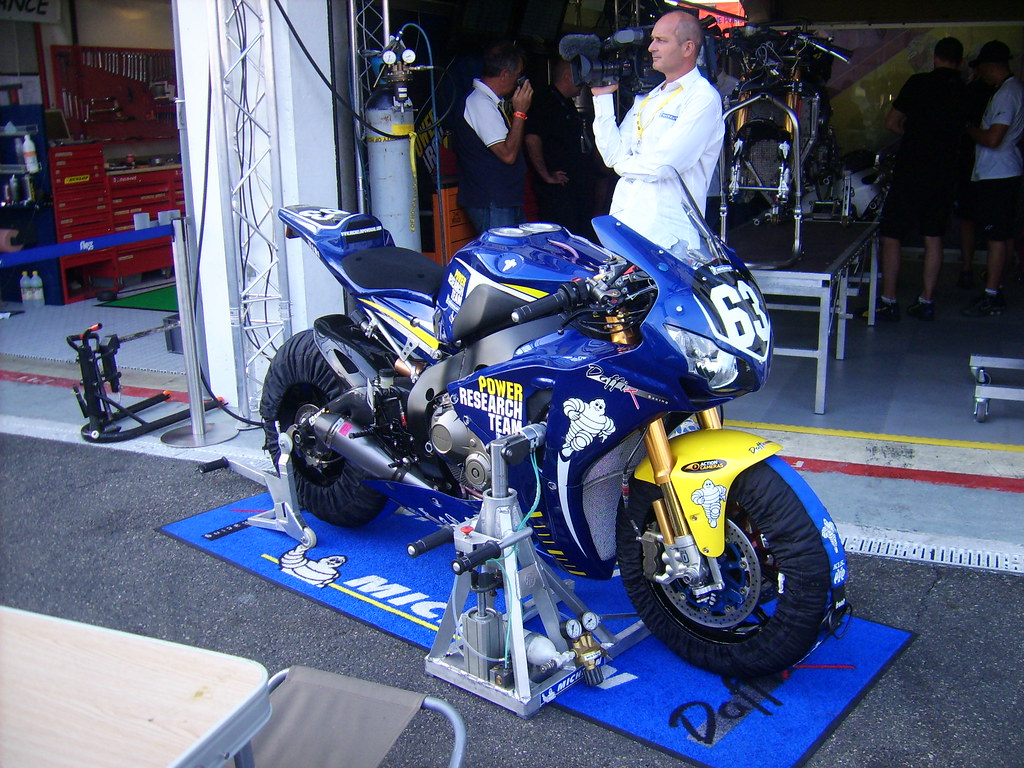 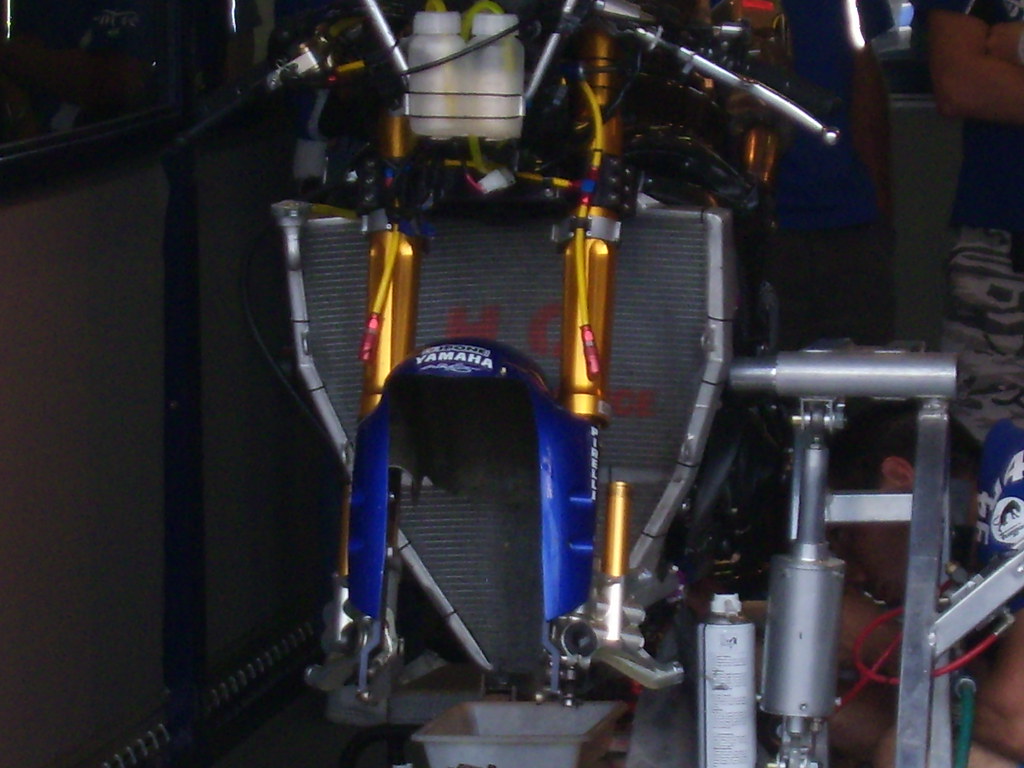 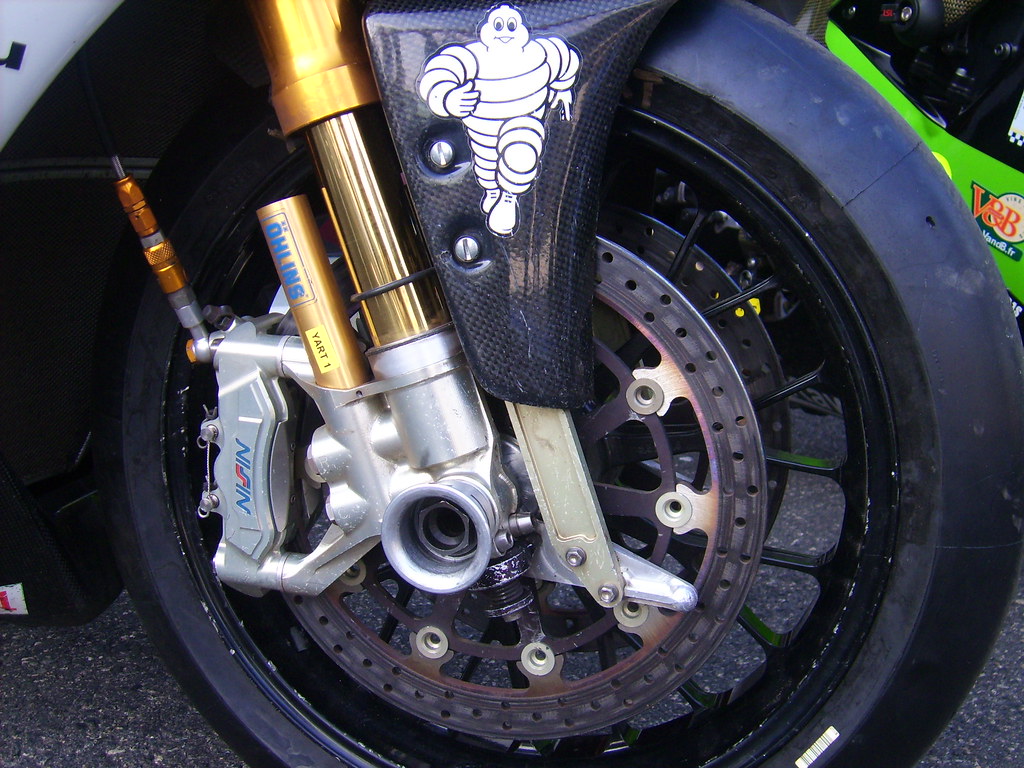 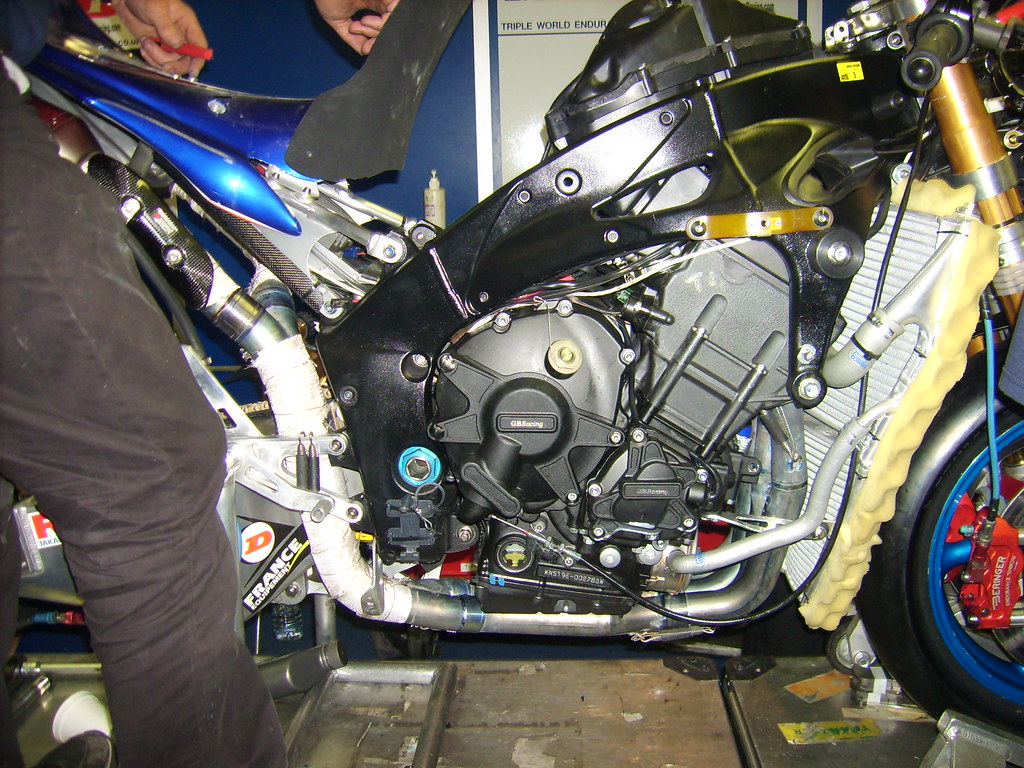 Well I set off Wednesday morning for a six hour, uneventful drive up through France. Got to Magny Cours on time, and that was when I think my life changed.

I have never experienced anything like this, and I've been hanging around, or involved in, various race paddocks for years. World endurance racing is how I imagine Grand Prix racing must have been up until maybe the late eighties or early nineties. Mega-money factory teams in pit garages that look like surgeries, right next door to completely skint privateer efforts, with three teams sharing a pit box. Somewhere between the two is Phase One. Experience and capabilities of the former, whith a budget much closer to the latter.

But I'm getting ahead of myself. I met Lida, Russell Benney's wife through a fence as she handed me my, slightly dodgy, vehicle pass and my paddock pass. Once through the gate control, which was easily achieved by not slowing down, we met up by the Phase One camp. Quick introductions to Tonia the team chef and off we went up to the pit box to meet the rest of the crew.

Arriving in the box everyone was dead friendly, but busy. After a quick hello I was told to grab a pair of gloves and get ready for Phil to start chucking rear wheels at me. Straight into it then! It was soon decided that the flip-flops I'd driven up in weren't really acceptable work wear so off I went to get changed.

I spent most of wednesday evening, and to be honest most of the time, trying to balance being helpful and not getting in the way. I was however soaking things up like a sponge. The way things were set out, the way everything was colour coded, how the quick release wheels work, why?,how?,where?,what?. Basically asking a million and one questions of anyone who stayed still long enough. This is how to do things at a race meet.

Met the riders, Alex and Damien Cudlin, and Pedro Valcanerras, all very sound as were Damiens' wife and Shane Cudlin, Damo and Alex's dad. Ate loads and then back up to the pits for more pistop practice and general prep stuff.

Thursday was practice day,and first qualifying. Generally I just stayed out of the way, asked questions a lot and did some gofering. Thurday night was night practice and more pitstop practice. It was crazy seeing the bikes flying down the straight for the first time, I've never been to a 24 hour race before and nothing could have prepared me for that.

Friday qualifying went pretty well, we ended up 14th fastest on aggregate times which meant Russel was pretty happy. Quick enough and no need to do the Superpole. Race prep started in the afternoon. Incredible amounts of work go into this, the bike is pretty much dismantled and put back together again. Many, many checklists filled in. The only big change is that a different master clyinder is needed to accomodate the fact that Damien has lost a load of right arm strenth and is having trouble with the Brembo. A Beringer one is put into service with different span adjust so that Pedro can actually reach the lever.

Friday night a few of us go for a wander around the war zone, sorry the campsite. WTF, its like a cross between a techno party and a mad max film set. Cars burning, people doing rolling burnouts and the engines. Oh yes the engines. Everything from fzr400s with huge megaphones attached to the downpipes, to car engines sat on pallets with glowing cherry red down pipes. Revved mercilessly, with occasional sloshes of fuel hucked either into the mega phones or down the carbs. Nutbars all of them.

So far all has gone really smoothly, everyone is pretty relaxed, the race engine is fast enough and all three riders are going well.

Saturday morning and walking around the pits you can feel the tension mounting everywhere. I go and have a chat with some of my mates who are doing their first Bol. Yannick has never even done a trackday at Magny Cours before and according to him the first night session was "fucking terrifying". They qualified though.

15.00 the place is heaving, the grandstand packed out. Alex starts for us and is eighteenth as they cross the line for the first time.

Then the drama. Cedric Tange on the LMS #72 Suzuki piles into Dani Ribalta on the Maco Moto bike who then takes out Emeric Jonchiere on the National Motors Honda. Emeric doesn't move and gets airlifted out while the pace car is out. No one knows how bad it is for a while. A bit later I talk to the guys next door (National Motos) and Emeric had his neck run over but is awake and talking. Later turns out he's got nothing broken but has got a bruise on the brain and will be in hospital for a couple of dayys under surveillance.

Alex's first stint goes well and he's riding consistantly and picking up places. Then comes my first race pitstop. Ace, I didnt fuck up. Caught the wheel, got out of the way. Sorted. Off goes Damo. Next stop was not so good. Some confusion over tyres meant we had a slower than ideal stop, but nothing drastic. And so it carried on. 50 or so minutes between stops and we're hovering between seventh and ninth. A really good battle looks like its developing between us, Team 18, Rac41 and a couple of other teams. Bollinger Kawasaki are having a bit of a nightmare, a little crash and a fuelling problem put them out of contention for now. YART are flying, but suddenly come in and change an alternator case, not a good omen.

Our neighbours, Team Alpes Endurance are shocking. They're having a variety of problems all made wrse by the fact that no one seems to know what they're doing. Later on I find out that they're actually a team of apprentice mechanics, which goes a long way to explaining things. They're having no luck at all with tyres either. Over the course of the night they end up losing four rear tyres and two front Michelins, due to huge cuts appearing across the rubber.

Just before nine pm Alex takes over and goes out. Maybe two laps later he's back in, a horrendous noise coming from the bike. First diagnosis is maybe its clutch, so Foggy starts ripping the clutch out of the spare engine with me running backwards and forwards for tools. No use, the clutch is fine, the crank however has snapped just behind the alternator.

Game over. Russel decides we'll spend a couple of hours getting stuff packed up and ready to put in the truck before knocking off for the night.

Beer was drunk. And wine. And Saké.

Got up around eight and went for a wander to catch up on what was going on. YART are still having problems, GMT94 have been running their bike at 130°C for about six hours. Not good. My mates are in 32nd and running really consistant times. Alpes Enduarance are last but still running and apart from tyres falling apart they're going ok.

Time to pack up and fuck off. All done by 11.30 and after some luch people start going. I go up to the pits for a last chat with Alpes and they're on their last tyre. 3 hours to go on the same rear. They make it though. My boys in Mayett Mayenne Endurance #53 finish their first ever Bol in 29th position. Fantastic.

I had an absolutely fantastic time. I have been completely bitten by the endurance bug, and will be doing more of this.

Thanks a million to the team for letting me be there, putting up with all my questions and not running away when I said I want to be involved again. You are all stars. 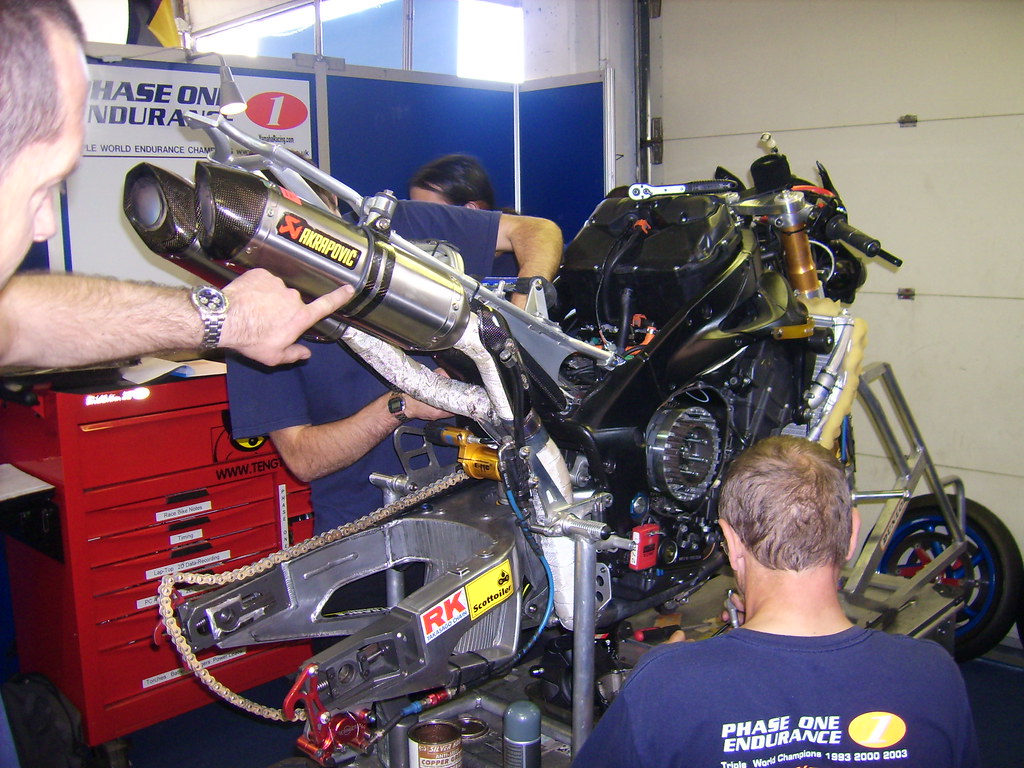 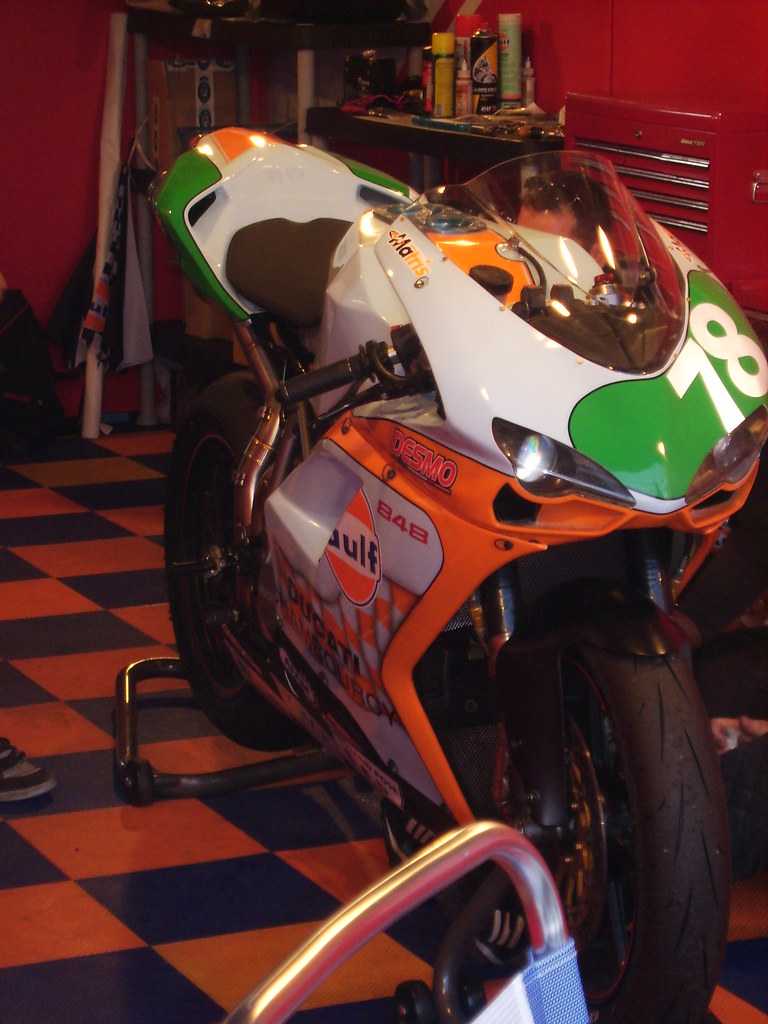 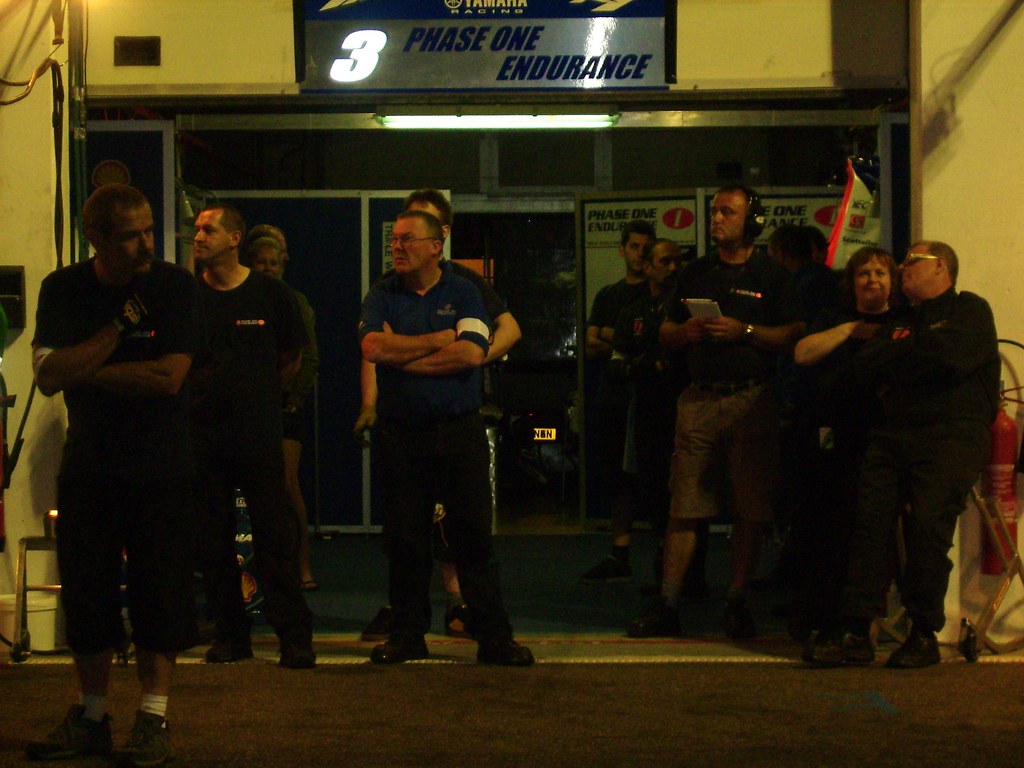