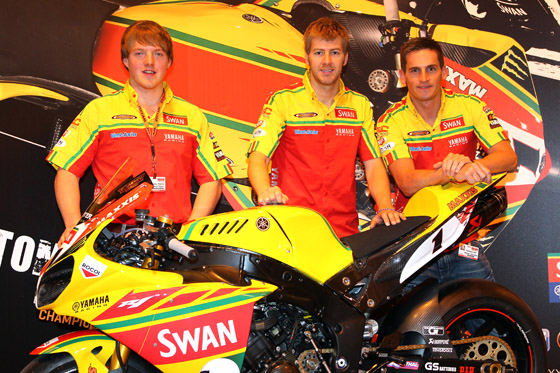 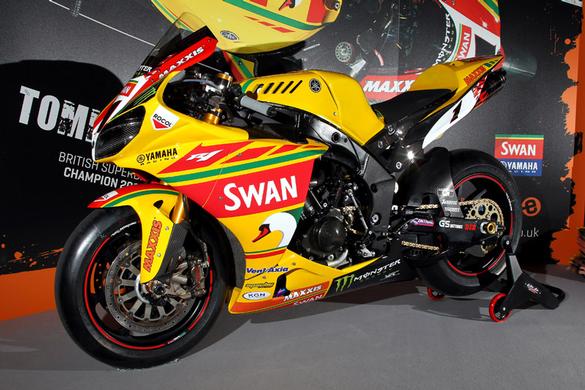 'I'm not sure that a 200bhp motorbike with no traction control or form of electronic control is the wisest move in the world, but we'll see at Brands Hatch I guess' - Nick Morgan

Morgan has completed the signings of two riders for this year's British Superbike Championship, but their identity won't be unveiled until the end of this month.

Analysing the changeover to the new rules, Morgan is less opposed to the decision that he was a year ago, but remains sceptical the move is a step in the right direction.

“Last year when we were going through the final stages of discussion regarding the new rules for BSB, to be honest I wasn't a fan - I really thought it was a backward step,” he told Crash.net.

“A lot of teams including ourselves had spent a lot of money on the Magneti Marelli electronics, so to take that system off and put it in a cupboard didn't make any sense. Looking at it now objectively, it's certainly better for new teams coming in.

“I guess in time, once things level out, it will be better for teams like ourselves, but I'm not sure that a 200bhp motorbike with no traction control or form of electronic control is the wisest move in the world, but we'll see at Brands Hatch I guess.”

The MSS chief faces a new rival this season in the form of Paul Bird's Rapid Solicitors Kawasaki squad, but Morgan is unfazed by the Cumbrian entrepreneur's return to the series.

“It's fantastic for the championship that Paul is coming back because he has a professional team, a very strong team that is obviously well funded. I'm not really fazed about Paul's team coming back, it's just another racing competitor, another team to beat for us.

“Unfortunately it has had a slightly adverse effect on us budget-wise, but we've just got to get on with it really and do what we have to do. It's no different to competing against the likes of HM Plant Honda or any of the other big teams.

looking forward to this season; we've a couple of good riders on board and we've still a good interest in the Superstock 1000 class because we had a strong year last year with Danny [Buchan] and Howie [Mainwaring],” he added.

“Regarding BSB, our bikes will be good and the chassis works really well which is obviously very important for the forthcoming season. We have a few little issues with tyre wear, but nothing we can't overcome at the first few tests we're going to do.

“Until you actually get to Brands Hatch for that first round you just never know how you're going to fare, but the team is good and I'm looking forward to working with the two new riders that we've got and we've got to have a go.

“We had a good start to last season with Stuart [Easton] and Gary [Mason] and a good rostrum position and for me it proved the team had moved up a gear and that's what we've got to do for 2012.”

Morgan has also committed to running a two-man team in the Superstock 1000 Championship, with a third rider possibly entering the equation as well.

“We've done a deal and we're going to run a satellite team in Superstock 1000 with two riders, possibly three – it just depends on a few things that need to be sorted out.”

Reigning British Supersport Champion Alastair Seeley talks about moving up to the Superbike class with Tyco Suzuki in 2012, plus his recent accolade of being Ireland's top motorcyclist.

'Irish Motorcyclist of the Year'... sounds good eh? After coming close a number of times I've finally nailed that Joey Dunlop trophy. I was a big fan of Joey when I was growing up and with some other great names on it, I feel very privileged to be the 2011 winner.

I don't want to come over all corporate, but there are a lot of people I'd like to thank: Philip and Hector Neill firstly for giving me the chance in 2009 when I'd no ride. I know Ian Glen from Beacon also had a hand in getting me on a TAS bike back then and a few other people. You know who you are.

Since then I've gone on to win two Championships with TAS and also with Suzuki so I feel part of the family now. I've been involved in Suzuki track days and other corporate bits and pieces that I've really enjoyed doing [thanks George Cheeseman] which is a long way from racing in the Irish Championship paddock. I appreciate it, but it just goes to prove if you put the hard work in and believe in yourself, then it does pay off.

Before Christmas we finally got the deal done to have another crack on the Superbike in 2012 in the team's new Tyco Suzuki colours. I've met Phil Dashey and his team from Tyco and they are real bike fanatics. He's very enthusiastic about the whole deal and that's always a good thing as it motivates the riders to see the sponsors so involved.

I haven't ridden the bike as yet but Philip Neill did set up a test with Crescent's WSB team at Portimao to stand in for the injured John Hopkins, and it was a great few days on their GSX-R1000 Superbike. I think I grew in confidence realising I'm not that far away from those boys.

Big Jack, Les Pearson and the guys in the team looked after me really well [big thanks] and more importantly I've come away with a bit more knowledge and experience, which can only help me this season with Tyco Suzuki.

There's a lot of talk about the new rules and who they will suit and who they won't. Bottom line is the main guys will still be up there at the front. My team-mate Josh Brookes will be one of those, so if I'm hanging onto his coat tails at the start then I won't be far away. Yeah there will be a few of us looking to crack that top four of Laverty, Brookes, Hill and Byrne so it should be interesting.

I've been training hard over the winter months in the Sports Institute for Northern Ireland. They have set me out a sport-specific programme to suit British Superbike and to prepare my body and mind for two races per weekend - and three at times. I'm getting stronger by the day and feel great. Testing can't come quick enough now.

I know what I'm capable of in BSB. I won't be arrogant and make predictions but a fit healthy rider is a confident rider and after two Championships in three years with TAS Suzuki, let's just say I'll not be pulling on my leathers for a Sunday afternoon stroll.