The Samsung Crescent Racing team head to Silverstone this weekend, with the lead in both the British Superbike Championship and BSB Riders' Cup to defend. John Hopkins reports his hand injury is vastly improved after further corrective surgery, while team-mate Jon Kirkham is looking forward to capturing further podiums to add to his season's tally.

Jack Valentine, team manager: "We're certainly ready for this next – penultimate – round. The last round – Donington Park – was the best round of the year so far for us and both riders have certainly hit their top form at just the right time in the championship.

"Hopper's been very vigilant as to the condition of his injured hand and with further surgery last week he's confident he's in the best condition to face this weekend's racing. JK meanwhile will be ordering 'more of the same' as the form he's enjoyed since Cadwell Park has made hi m a real headache for the other Title Fighters. He's doing everything a team-mate should in support of a championship contender. I couldn't ask for more.

"As well, the team is as prepared as it can be. We know Silverstone well after our WSB wild card appearance there earlier this year. We took from that a lap-record-beating set-up that is also strong for the full 14-laps of a BSB race. It's a high speed circuit so we've been working on the engine to find a few more horsepower – ideal for those long straights.

"It's going to be a testing weekend, though. We're not complacent and we know we need to be there at the end of every race, ideally at the top of the podium."

In a day of tough breaks at the final round of the 2011 British Superbike Championship, Hopkins suffered an electrical glitch on the first lap of the first race today, but was able to reset the bike's ignition trackside and recovered from last place to 12th. His championship rival Tommy Hill meanwhile finished fourth, to narrow Hopkins' championship lead to just two points. Hopkins' team-mate Jon Kirkham was able to help in damage control by placing a superb second, ahead of Hill.

In the final race of the series Hopkins held third place for 16 laps before being passed by Hill. Both then passed James Ellison to be second and third going into the last lap with the gap between them just 0.060-seconds. In a lap which saw countless pass and re-passing, their race – and the championship – was decided by the final lunge for the finish line, which Hill made by the smallest advantage measurable. Jon Kirkham had been challenging for fifth place when he crashed (uninjured) at Druids on the fifth lap.


John Hopkins: "Well I don't feel great obviously, but I don't feel completely empty either. This has been a great season, I gave it everything I had but it just wasn't to be. So hats off to Tommy for taking the title.

"I couldn't be more grateful to the Samsung Crescent Racing team, they gave me everything including the best bike out there. I came into this year on a make or break basis in terms of my racing career but with their help I'm now set for a world championship ride next year. The team has put me there. I'm hugely grateful."

Jon Kirkham: "I had a great first race today, it was good to show what I could do, to be on the podium again was brilliant – and it secured me the Riders' Cup, for being best of the rest (first non Title Fighter)!

"In the second race I didn't have the rear tyre performance I had for the first, it was spinning up and when I pushed it – I really wanted to be in the top-five there, helping Hopper – it just let go.


"I sit here now and the year has just gone so quick; it's been an enjoyable year and to race with the Samsung Crescent Racing team has been brilliant. Big thanks to them for a giving me such a great year."

Jack Valentine, team manager: "I'm speechless. It's impossible to put into words how this feels. It's hugely disappointing, yet I find I'm happy as well – I think that's the pride I feel for the team. What they've achieved this year has been brilliant, an unbelievable job.

"Racing will always be a story of ifs and buts and we've plenty of those to take away from this weekend – what if Hopper's electrics hadn't suffered that glitch in the first race; what if JK had stayed on and got in the mix? But the story of the championship isn't down to one or two isolated moments like those, there's more to it than that and everyone has those moments during the year. We just have to take away the positives. We were there and we got to within literally an inch or so of the title. We did everything we could.

"So I'd like to say a big thank you back to my riders as well, I've appreciated everything they've done this season. Hopper has been an inspirational rider to work with, very giving, very open and always positive – we'll have so many great memories of this season with him. JK has been through an incredible journey this year, making the step up to the big time – and today he showed he's now one of Britain's top riders for sure. Then huge thanks to Lez and Dale and their crews, all of them have been incredibly professional – and inspirational – this season. It's been a great team. And finally, to Samsung, FIXI and all our sponsors – thanks for everything, without their support we wouldn't be here, the support has been brilliant. We hope they enjoyed the ride as much as we did.

John Hopkins: second in BSB, by the narrowest margin ever

John Hopkins: Hopper brought something special to BSB in 2011 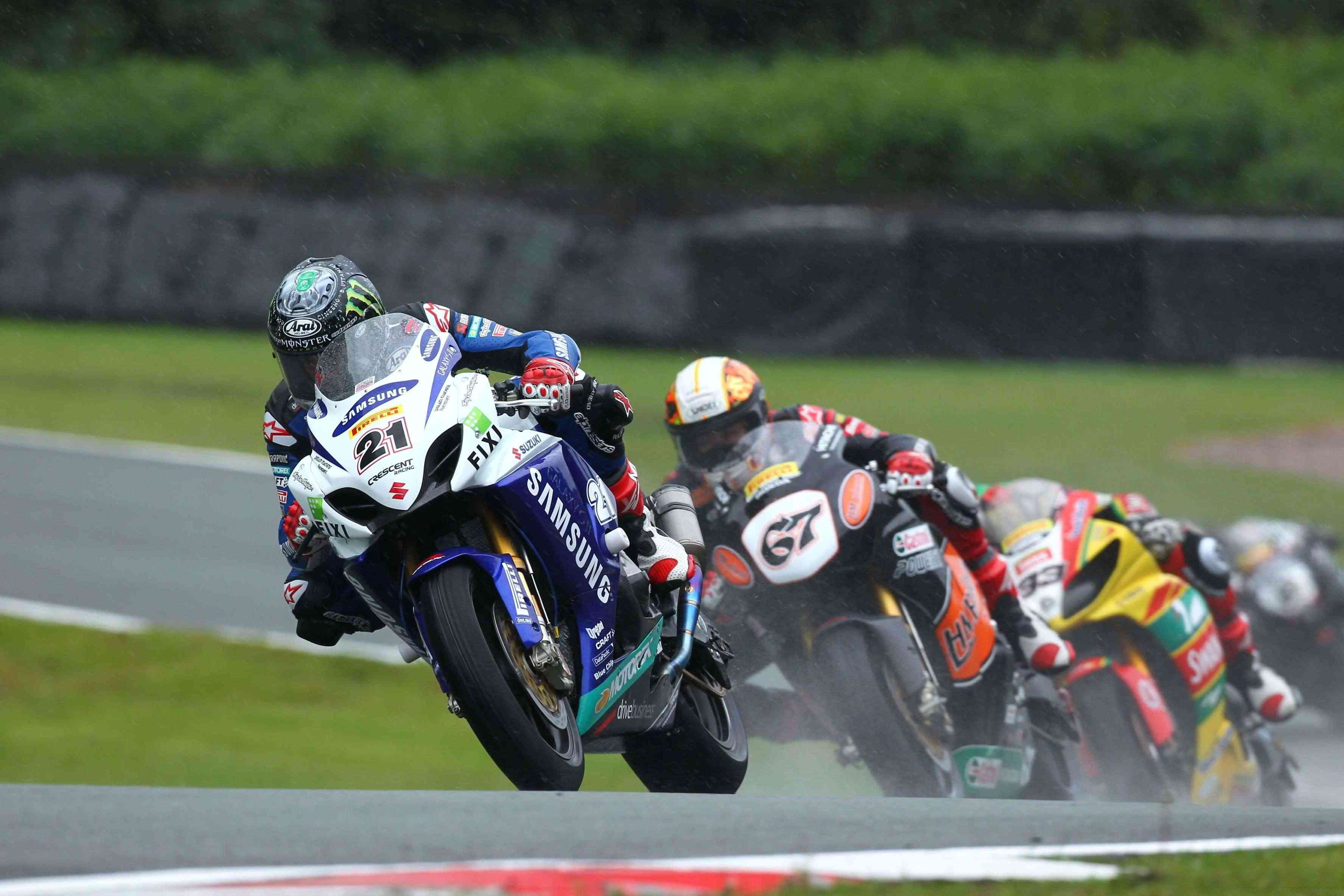 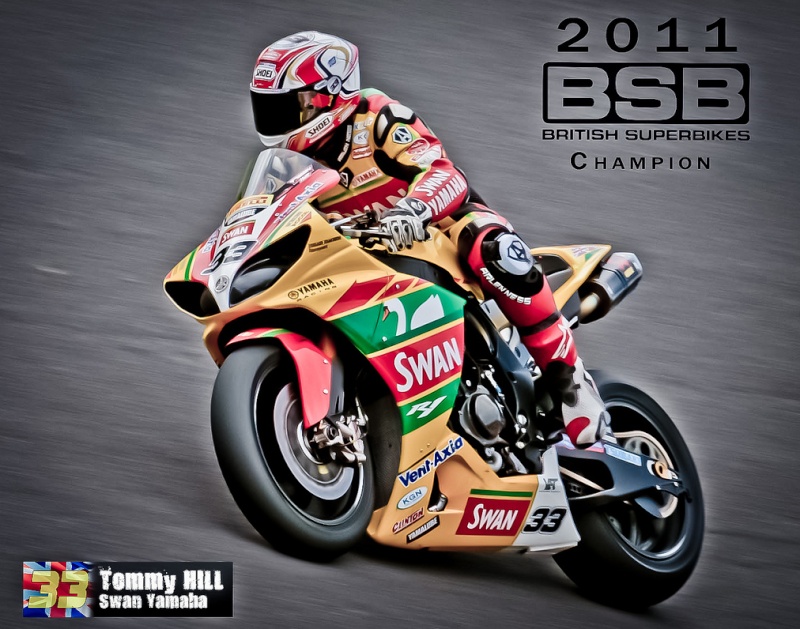 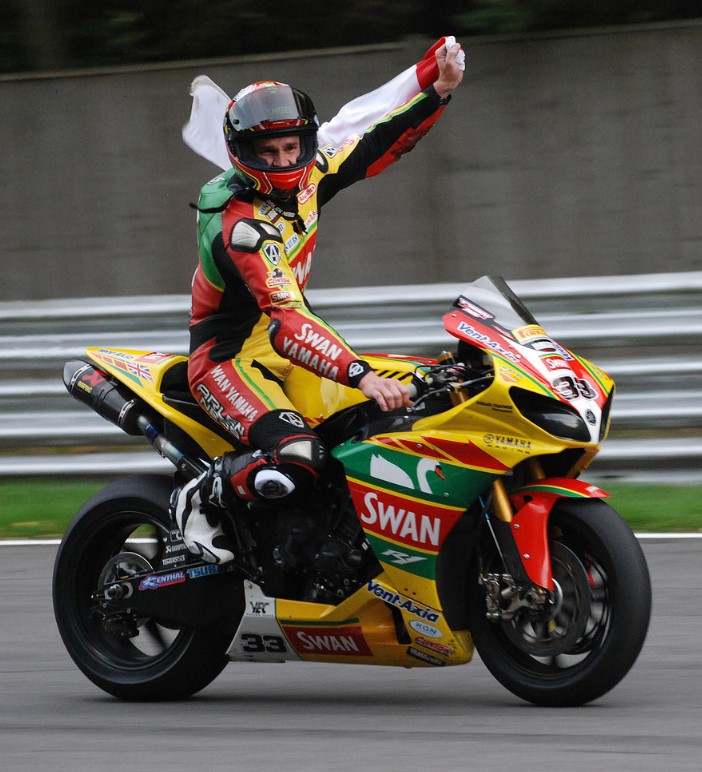 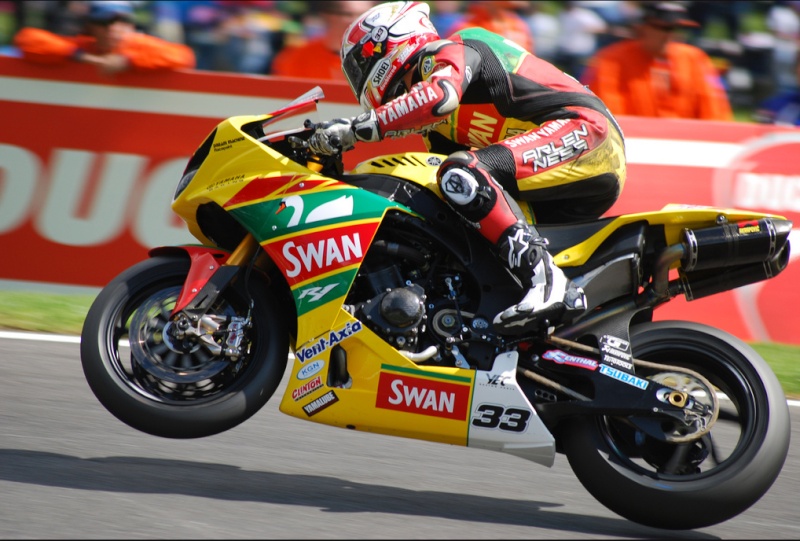