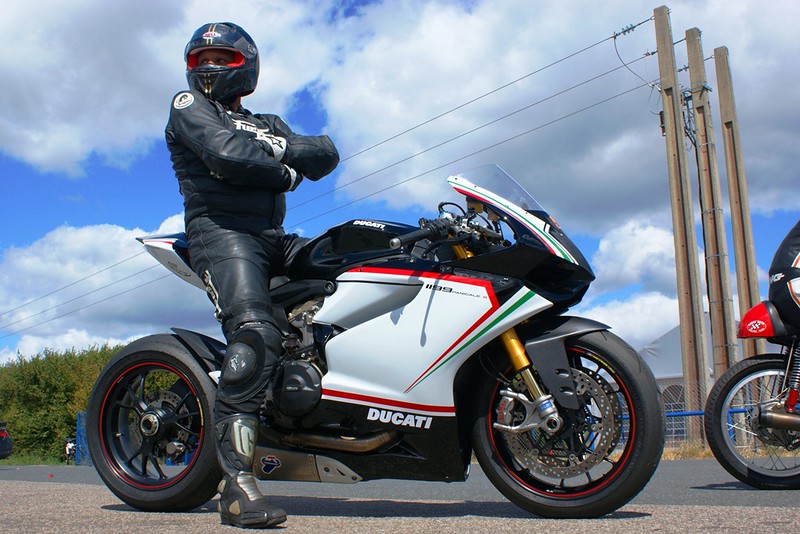 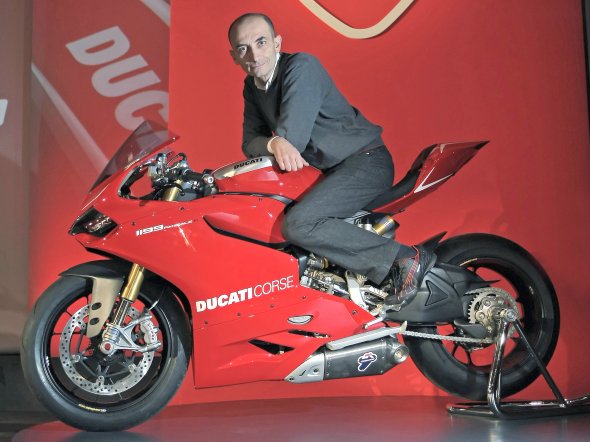 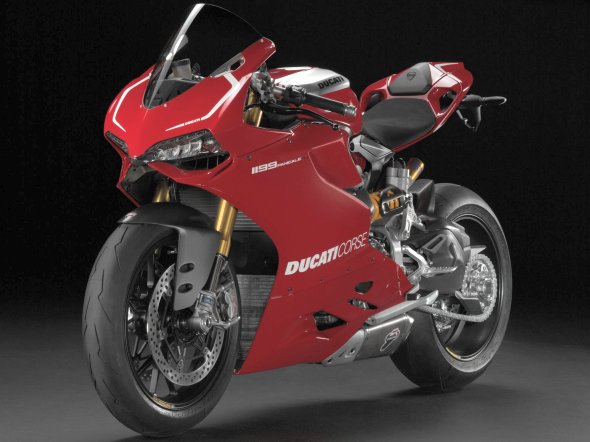 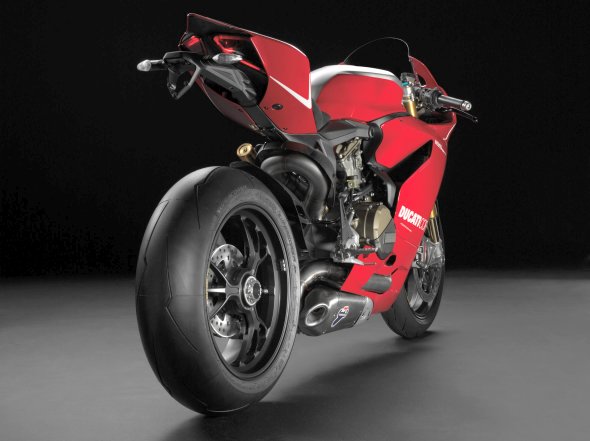 We may have spoiled Christmas last month, as our predictions for the 2013 Ducati 1199 Panigale R appear to be spot on as we get news from Ducati’s 2013 model year press launch at EICMA.
As
expected, the highlights to the 2013 Ducati 1199 Panigale R are the
inclusions of titanium con-rods, a lightened flywheel, DLC-coated
rocker-arms, a four-point adjustable swingarm pivot-point, a 500 rpm rev
boost, and a bit more power (courtesy of a full-system race exhaust and
ECU).
While the “R” spec Panigale officially makes the same power
as the other models, the race exhaust included with the purchase of the
machine is good for a few more ponies up top, giving the Ducati 1199
Panigale R a 201hp top figure, a modest 6% gain up top, but also a 15%
increase in the midrange.
Like all Panigales, the Ducati 1199
Panigale R has ABS, ride-by-wire throttle control, traction control,
engine braking control, and features all the amenities on the “S” spec
model, like the DDA+ data logging system.
At 416 lbs wet, the 2013 Ducati 1199 Panigale R is the lightest superbike in Bologna’s fleet, which includes the 2013 Ducati Superbike 848 EVO Corse SE, which is 430 lbs.
Despite
its class-leading maximum power and minimal weight, we imagine there
are still going to be some Ducatisti who were expecting more from
Ducati’s flagship homologation special.
_________________
J'avais oublié que nul n'était prophète en son pays... 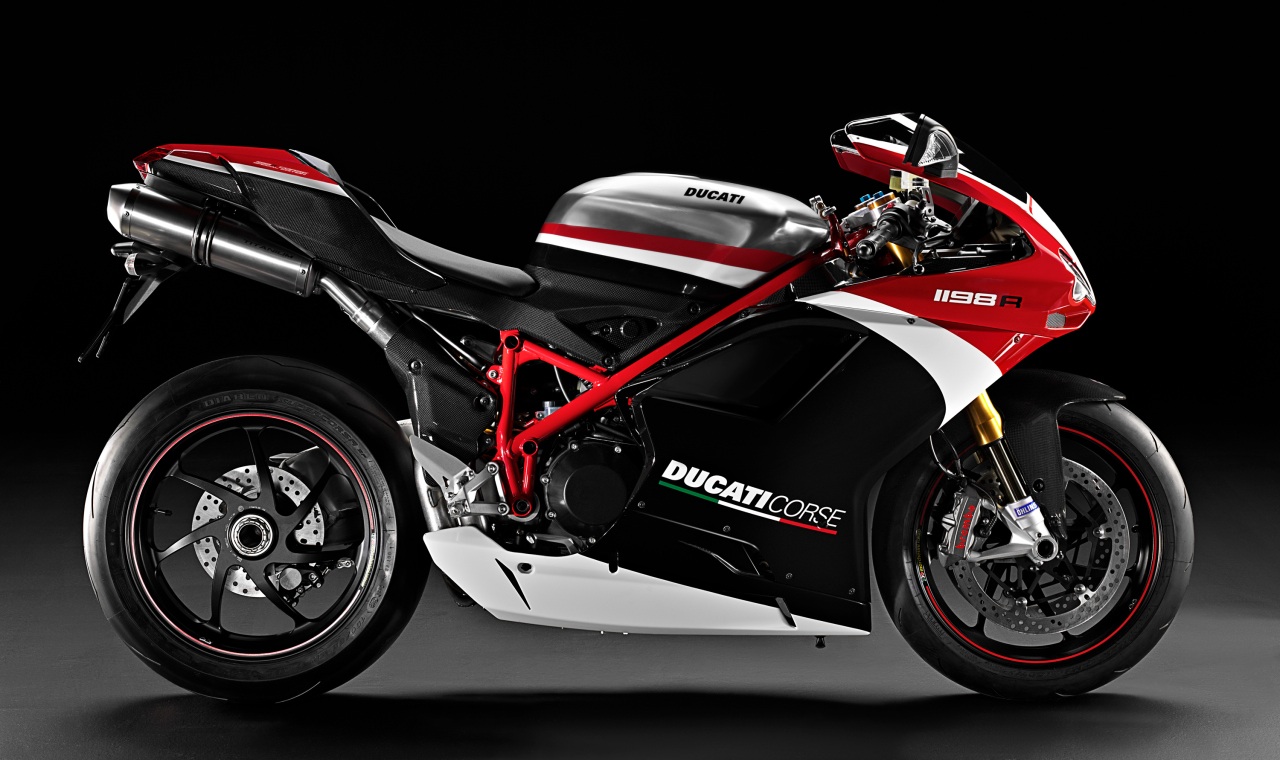 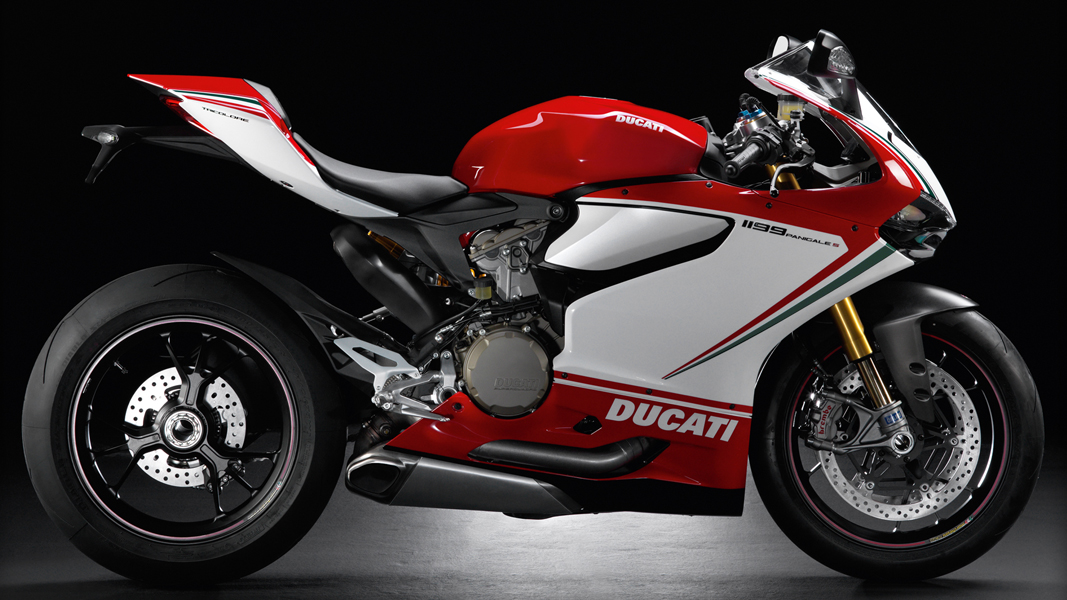