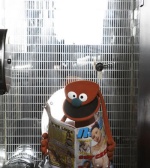 Crescent Suzuki is delighted to have retained the services of Californian John Hopkins for 2012, as he completes the two-man line-up for the team’s World Superbike challenge.

Hopkins competed in the British Superbike championship for the UK based Crescent team in 2011 and has now put pen to paper to link-up with the team once again on the world stage. Hailing from Ramona in California, but with English parents, Hopkins is still recovering in America following surgery on a finger he damaged at Brno in the Czech Republic earlier this season whilst on MotoGP duty, but will be totally fit and focused in time for pre-season testing next year. He had a successful first season with the Crescent Suzuki team, narrowly missing out on the BSB championship at the last race of the year and he will now relish the chance to compete against the world’s best Superbike racers on circuits where he has plenty of experience.

Hopkins will be joined at Crescent Suzuki by former BSB champion Leon Camier, whose addition to the team was announced last month. Camier will begin testing the Crescent Suzuki ‘Powered by Yoshimura’ GSX-R1000 at Portimao in Portugal later this month, with Hopkins joining him in the tests in early 2012. The first race of next year’s calendar is scheduled for Sunday 26th February at Phillip Island in Australia.

“I am really happy to be joining up with the Crescent guys again, we had a great year in British Superbike and I’m sure we can continue that in WSB. I wanted to get back into world championship racing and this is a natural progression from last year, the difference this time is that I will be going to tracks that I already know and have some reference from so that should make some things a bit easier. I know it’s going to be a big step, but with some big technical advances and Yoshimura on board I’m sure the bike will be fully competitive. It will be great to work with Lez Pearson again, as we built up a strong relationship and his understanding of the way the bike works will be invaluable next year. I’m also looking forward to riding with Leon, I’m sure he’ll be strong next year and will be a difficult team-mate to beat and also one that will push me to the limit. I want to say thanks to Paul, Martyn, Jack and everyone at Crescent Suzuki for believing in me and giving me this opportunity, I can’t wait to get on the bike and see what we can do. I know it’s not going to be an easy task by any means, bit I have every intention of going out and trying to earn my first ever world championship for myself and the team – I’ll be doing everything in my power to make it happen!”

“It’s great to have John back onboard for next year and a real boost for the whole team that he has chosen to ride for us. He is a class act; not only for Crescent Suzuki, but for the whole superbike series as well - the crowds will love him! I enjoyed working with him this year and, although he rode in the last three events with a severely injured finger, he only just missed out on the championship. That is history now and I look forward to continuing the relationship and building on what we achieved this year. I’m sure with what he learnt in BSB, and his experience on the tracks we will visit next year, that he will be able to get some spectacular results. I know he’s really fired up for this and I’m looking forward to some exciting times - I cannot wait to see him and Leon out there next year!”